Michael D. Higgins was a lecturer in Political Science and Sociology in National University Ireland and United States. His interest in equality and justice resulted in him entering public life, and he has served in a variety of public representative roles, including; Councillor, Mayor, and as a member of the Seanad and Dáil Éireann.

Michael D. Higgins was Ireland’s first Minister for the Arts from 1993-97, one of his major achievements in this role included the reinvigoration of the Irish film industry, the establishment of Teilifís na Gaeilge, now TG4.

In addition to his work as a lecturer, public representative and President of Ireland, Michael D. Higgins is a writer and poet. He has contributed to numerous volumes, covering diverse aspects of Irish politics, sociology, history and culture. President Higgins has published collections of essays —
▪ ‘Causes for Concern — Irish Politics, Culture and Society’,
▪ ‘Renewing the Republic, ‘When Ideas Matter: Speeches for an Ethical Republic’ and
▪ ‘1916 Centenary Commemorations and Celebrations:
Speeches by President Michael D. Higgins’.

He has published four collections of poetry —
▪ ’The Betrayal’;
▪ ‘The Season of Fire’;
▪ ‘An Arid Season’ and
▪ ‘New and Selected Poems’

▪ President Higgins’ address at the Indiana University Commencement Ceremony, addressing the development of sociology – here
▪ President Higgins’ speech on “Recovering Possibilities – Discovering the Rich Promise of a Moral Foundation to Economy & Society” – Speech at the Launch of the Centre for the Study of the Moral Foundations of Economy and Society, given at the Royal Irish Academy – here.

To find out more about the President of Ireland, Michael D. Higgins, go to www.president.ie 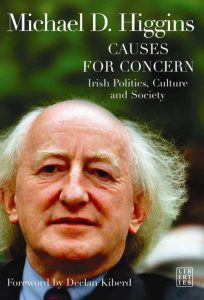 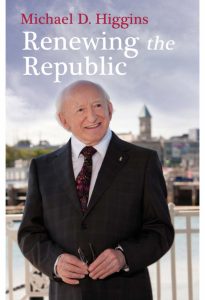