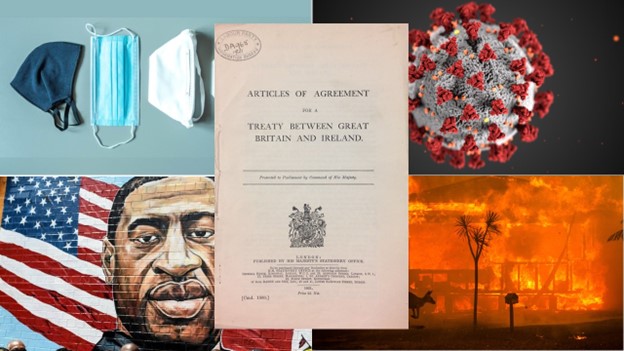 Normal Registration: Monday 3 April 2023 (all presenters must register by this date to be included in the programme)

The theme of the SAI’s 2023 Annual Conference at UCD is “illuminating legacies” which is meant to combine the brightness of light with intellectual and moral enlightenment to examine visible manifestations of the continued influence of societal – and natural – legacies in the contemporary world. Legacies in this case refer to the continuing impact of past structures, institutions, groups, ideologies, and processes on present collective and individual actions and current events. The visible marks of these legacies are at times distant and almost forgotten, suddenly reappearing to remind us of their structuring power. Too often, though, the marks are painful, living reminders that a legacy continues to structure our everyday lives, particularly for members of historically disadvantaged communities. Sometimes, too, several analytically distinct, seemingly parallel, legacies overlap and intersect in the present like Covid-19, climate change and the Black Lives Matter movement over the past few years.

The Covid-19 pandemic has generated memorable visuals of face mask varieties and pictures of the virus with its spike proteins, while illuminating legacies of public health measures from the global flu pandemic of 1918-20, and of national and global inequalities in border closures, health care resources, transmission, hospitalisation and mortality rates, and vaccine nationalism. The pandemic period has also seen the continued and growing significance of human-nature legacies, for example, in the viral diffusion to people from domestic animals and wildlife, rapidly diminishing biodiversity and, of course, climate change. The latter is the cumulative and ongoing legacy from the origins and spread of industrialisation from 1750, and risks becoming a serious threat to humanity’s tenure on our planet, generating disturbing and increasingly normalised images of glaciers melting, seas rising, heat waves and droughts, wildfires, and more frequent and violent storms. Unfortunately, the pandemic intersected too with the societal legacy of racial discrimination and violence in the USA in the continued killings of unarmed black men and women by police in numerous US cities. This was represented graphically in the witness videos, security camera and body cam footage of George Floyd’s murder, which led to a resurgence of the Black Lives Matter movement and protests, and renewed interest in antiracist decolonial activism in the USA and across the world.

The theme of illuminating legacies is apropos for an SAI conference because the island of Ireland is in the midst of a decade of centenaries from 2012 to 2023 that together denote the end of direct British rule, partition of the island, and the establishment of Northern Ireland and the Irish Free State (or Republic of Ireland from 1949). While public commemorations, events and exhibits have focused on present-day concerns of inclusivity and reconciliation to avoid partisan remembrance and potential conflict, the centenaries also provide an opportunity to illuminate Ireland’s mixed post-colonial legacy. The Republic of Ireland has arguably overcome most of its British economic, political and socio-cultural dependencies over this period, becoming more global and European, while expanding Irishness to encompass those born in Northern Ireland and new immigrant citizens, and re-rooting pre-colonial ‘survivals’ like the Irish language in urban areas. Yet, the island of Ireland continues to be separated into two states and societies through the legacy of partition, which shapes current events like Brexit disputes over how to enforce a border in the Irish Sea, while preserving the peace in Northern Ireland derived from the Good Friday Agreement.

The 50th anniversary of the SAI from 1973 to 2023 intersects with these global and national legacies at an opportune time, providing a distinct opportunity to reflect on the organisation’s legacy and its future as an association, and to highlight salient topics such as the role of Irish sociology in Irish society, women in Irish sociology and gender in Irish society, and Ireland’s migrations and diversities. While the early years of the SAI are beyond the memory of most sociologists in Ireland today, the origins of the organisation began at a meeting in Dublin in May 1973, attended by more than twenty people from both sides of the border, which led to the first conference in 1974. In the early years the conference had 10 or fewer papers, growing to 60 at conferences after the turn of the millennium, and 90 at the 2022 conference. As an all-island association, there was a rota for the conference to be held in turn in each of the four provinces of Ireland, a legacy that has served the organisation and its members well over the past 50 years.

We also welcome abstracts that address that do not specifically address the theme of the conference.

All presenters should submit abstracts of no more than 250 words using a Google Form. Submission deadline is Monday, December 12, 2022.

Abstracts must include the following:

Full-panel submissions will also be accepted, with a limited number selected for inclusion in the conference.

All conference presenters and attendees must be members of the SAI.

Participants can only be a lead author on one presentation. In the case of multiple authored papers, all authors must be members of the SAI and pay conference fees to be listed on the programme.

The Conference Committee will select submissions for inclusion in a panel session which will normally compose four presentations of 15 minutes each, assuming all presenters are present at the panel.

Given the acute accommodation shortage in Dublin, 80 single ensuite rooms have been booked in UCD’s student residences at a cost of €85 per person on Thursday, 8 June 2023.

The booking deadline for this accommodation is 6 March 2023. Bookings that are cancelled are non-refundable.

The booking link will be made available with registration details in due course.

If you have questions related to the conference, please contact Gerard Boucher & Iarfhlaith Watson, SAI UCD 2023 Conference committee at sai50@ucd.ie.

We look forward to welcoming you to the SAI 2023 50th Conference at UCD and hope that you will enjoy yourself – but not too much!