Resonance: A Sociology Of The Relationship To The World A Symposium With Hartmut Rosa​

Grounded in classical & contemporary sociology, working in the best traditions of interdisciplinary social & political thought, in a series of important books, published in several languages, the most well-known of which are Social Acceleration: a New Theory of Modernity, and Resonance: a Sociology of the Relationship to the World, Hartmut Rosa provides us with a deep & comprehensive sociological diagnostics of the malaises of latemodern society in terms of acceleration and its social, economic, political, cultural, and existential ramifications; followed by a sociological therapeutics addressed to the dysrhythmia and cacophony so characteristic of our present age.

Applying his theory of resonance to many domains of human activity, Rosa describes the full spectrum of ways in which we establish our relationship to the world, from the act of breathing to the adoption of culturally distinct worldviews. He then turns to the realms of concrete experience and action – family and politics, work and sports, religion and art- in which we as late-modern subjects seek out resonance. This task is proving ever more difficult as modernity’s logic of escalation is both cause and consequence of a distorted relationship to the world, at individual and collective levels. As Rosa shows, all the great crises of modern society – the environmental crisis, the crisis of democracy, the psychological crisis – can also be understood and analysed in terms of resonance and our broken relationship to the world around us. Building on his now classic work on acceleration,

Rosa’s new book is a major contribution to the theory of modernity, showing how our problematic relation to the world is at the crux of some of the most pressing issues we face today. This bold renewal of critical theory for our times will be of great interest to students and scholars across the social sciences and humanities. 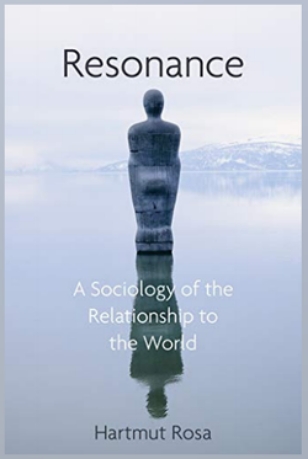